The True Value of a GM for Owners

Home Insights The True Value of a GM for Owners
NextPrevious

The True Value of a GM for Owners

Never underestimate what this linchpin of a hotel organization can bring to the table. From a large, full service property to a small, select service one, the general manager is the one who sets the tone for the entire hotel, keeps everyone on the same page and ultimately is responsible for the overall success or failure of the business. Let’s break down these three points.

Developing the Culture
A great general manager knows that having the right culture in a hotel is critical to the overall success of the hotel. Firstly, a culture that puts its team members first and therein strives to provide the best guest service possible will ultimately be have higher loyalty over its competitors. The concept of putting your team first ahead of everything else may seem contrary to what you normally hear for wage-strained markets, but this is nevertheless a sure-fire way to improve your guest satisfactions scores.

Have you ever walked into a business and immediately realized that something was different? Like an aura, something in this setting seemed more positive and upbeat, and it didn’t happen by accident. A leader within the organization decided that he or she needed to be intentional and focused on making the workplace enjoyable and inclusive. Developing a positive culture in this regard will lead to less turnover and stronger top line revenues as guests want to stay at a hotel with a service-oriented team.

Enhances and Prioritizes Communication
A great general manager understands that having strong internal communications is key part. So often a GM will not keep the team informed on all happenings, let alone where he or she will be at any given moment. Not communicating properly, even in very simple ways, shows the team that you do not truly care about them and that you may be trying to hide something. Conversely, a successful GM realizes the importance of holding daily stand-ups or huddles, weekly leadership meetings and monthly team member luncheons.

Indeed, poor communication from leadership is now a leading sources of team frustration, as gleaned from associate opinion surveys. GMs can show their true value just by being diligent enough to share all pertinent information with the team as well as with guests. Just as you would make sure to put an out-of-order sign on a piece of broken gym equipment, you should also send out frequent memos and emails that keep all departments abreast of the latest updates.

Responsible for the Overall Success of the Hotel
While there are numerous hotel stakeholders, the general manager is likened to the CEO of the company. If hotels succeed, they get a large share of the credit, while if hotels fail, they are often the first to lose their jobs. The best GMs are keenly aware of this sobering reality.

Perform at a high level and you will not only be compensated handsomely, but you will also receive many accolades in the process. Fail to accomplish your goals and you will find yourself sitting in front of a new potential employer trying to explain why you have hopped from hotel to hotel on a yearly basis.

It starts by knowing when to push the right buttons and levers. Such leaders will work as hard on pushing for top line growth as they do for finding efficiencies that improve profit margins. Great GMs are jacks of all trades; at times they will work the front desk, cook or clean rooms to save money. They will negotiate with vendors to save $10 per month on a contract. And they need a strong team to surround them to ultimately meet or exceed the goals of the property. 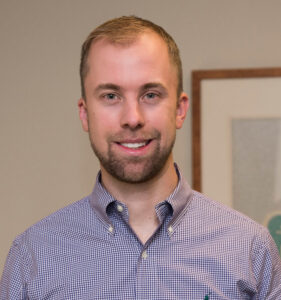 Tommy Beyer has a degree in hospitality management from the University of South Carolina. He has also completed the PDP Program at Cornell and is a Certified Hospitality Administrator from AH&LEF. For over a decade, he’s been a vital component of Newport Hospitality Group’s success, progressing from Front Desk Associate to General Manager and finally to his current role as Vice President of Regional Operations. Tommy’s keen understanding of the financial intricacies of each property have helped him to not only drive asset value for the properties he manages but also to win many prestigious awards including the Top 30 Under 30 by Hotel Management, the Stevan Porter Emerging Hospitality Leader of the Year by AH&LA and Georgia GM of the Year.