The Secret to Succeeding as a Twentysomething Hotel GM

The Secret to Succeeding as a Twentysomething Hotel GM 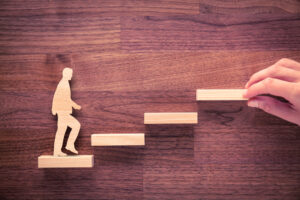 I often tell the story to my team of my experience as a bright-eyed, 22-year-old kid walking into a property for the first time as its newly minted general manager. It was a job that I took rather hastily – who wouldn’t at that age – as I had yet to inspect the hotel or even visit the city. Luckily it wasn’t a hostile takeover by any means of the term; the departing GM was transferring within the company and was generous enough to throw me a welcome luncheon.

As I entered my soon-to-be home base, though, I had a rather odd encounter. Giving a cordial greeting to a seasoned employee was sweeping the entranceway, the reply I received was a piercing gaze straight in my eyes with the quip, “And how long are you going to be here?” Taken aback, I somehow mustered the confident answer, “No plans on leaving whatsoever.” The custodian scoffed, but I was already on my way inside, still in a bit of a haze from this tepid first impression.

Before I finish off what became of this encounter and how it shaped my future actions, I want to instead speak to those of you who are achieving success at a young age in hospitality as well as those of you who aspire to be successful or maybe a few of you who feel as though you are losing your edge to effectively lead in a hotel workspace.

Many of my peers and team members in the past as well as the present have often remarked that I’m young and that they have children older than me. This isn’t anything new to my ears anymore, but as these colleagues get to know me better over the course of several months or year, they quickly forget my number and the ageist comments likewise disappear. Age is simply that – a number. How you carry yourself, how you treat others and how you build upon your achievements are all critical aspects in how you are perceived and in defining your legacy.

While many of the people I have led were older than me and had much more experience, oftentimes I was the one who had more confidence in the situation. Being self-assured in your answers and being able to intelligently discuss your point of view will swiftly erase any age gap. It is nevertheless important to respect the fact that the teams you lead have more experience and you should do your best to glean all that you can from them by listening and processing their comments. Another sign of maturity here is waiting to respond instead of blurting out the immediate thought that comes to mind.

The next, and arguably the biggest, trait that will lead to success at any age is learning how to properly treat others. To continue the story from earlier, at the luncheon later that day, I remember making an effort to get to know a group of team member a little better by sitting down at their table. One by one, though, each person stood up and left.

I hadn’t yet earned their respect and undoubtedly they despised the idea of reporting to a manager so young. Determined as ever, my plan to win them over was to treat everyone equally, and then go the extra mile by helping clean rooms, check guests in, make sales calls and pitch in wherever else I could. The attitude didn’t change overnight, but eventually they came around.

This summarizes how you can work towards getting a team on your side, but it’s also important to not let success get to your head. There are countless examples of people who change once they receive a new title or promotion, especially when you’re in your twenties. Staying humble and not becoming prideful is one of the easiest ways to ensure you stay on the upward trajectory that got you to where you currently are. Your team and all of your colleagues will be carefully watching when you are given an accolade or promotion and scrupulously judging your behavior.

While all of my aforementioned advice may sound easy in principle, in practice when you get down and dirty with the daily mayhem that we call hotel operations, it is immensely difficult. As the accolades come your way – and chances are that if you are reading this article you have already earned some measure of this – do your best to remember my story and not let an early victory get in the way of long-lasting success.